My long standing colleague and closest surveying friend, Ken Hall, died suddenly last Friday.  It was totally unexpected and for me, along with many, many others, the shock is still palpable.

I simply have no idea where to start.  As I start compiling my memories of Ken, reading back through my blogs, flicking through the photo albums, I am astounded by how many memories we shared. 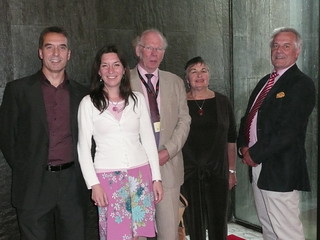 I know I will not do justice to the might of the man in this personal tribute; and I don't intend to.  Others, such as Norma (his wife), the RICS (obituary here), ICES and TSA will all do sterling obituaries.  As will all those other committees and friends whose lives he touched.

I only knew Ken for the last 15 years or so of his life.  When we first met he had a well established surveying business and I was a mere green chartered land surveyor - building a career in maritime charting and using the wonderful network of the RICS to connect with geomatic surveyors.  Ken was one of the first I met and we built a natural rapport around our love (obsession - or is that just me?) with all things geo.  This was naturally assisted by the fact that we live close to each other and we shared what must be over 100s of shared car and train journeys to and from RICS meetings.

Ken was a fantastic support.  He was the founding member (of one?) of the Ruth fan club and has encouraged/cajoled me every step of my professional career.  It was never about him.  It was about others, about surveying.  His mantra was about quality and trust.  He wasn't a cut-corners man nor did he expect that of others. He promoted high professional standards and fretted when others didn't. 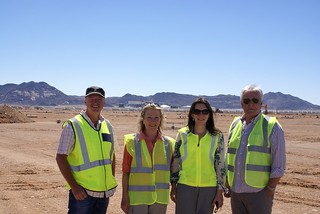 I only started my blog in April 2007 and within 4 posts there is mention of a meeting I would have attended with Ken Rics-and-survey-liaison-group and he gets his first mention in August that year.

In December 2007 I took over Chair of Geomatics and I know Ken was absoutely chuffed to bits to be passing me the reins.  Medal-of-honour 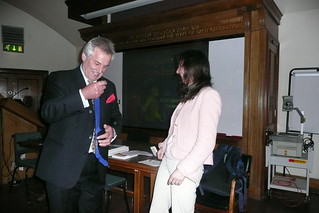 I won't detail all the meetings we attended, or every train ride home from London which invariably involved putting the world to right over a glass or two.  And I can't possibly list all the geo things we've done - bagging trigs to/from Governing Council meetings (eg 2011, 2012); or the absolute highlight which was the visit to the Great Theodolite.  A selection of photos of Ken are on my flikr. 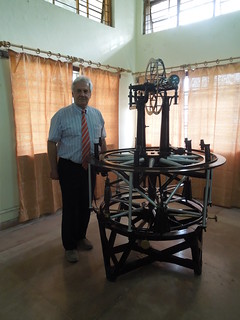 As I type I am simply flooded with memories.  Such as the time when we were going to the 125th Anniversary RICS dinner in 2006 with Prince Charles as guest speaker and my hair wouldn't stay up.  So we ended up running around Sainsburys, near Victoria Station, in full evening dress buying hair spray. 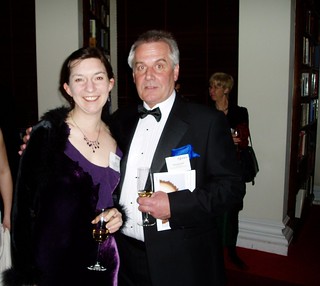 Or the time when he was President of the Chartered Institution of Engineering Surveyors and he'd invited my husband and I as guests to their annual dinner on the SS Great Britain.  Ken, Roger and I were last off the ship and I remember us standing there about 2230 in full evening dress wondering where Norma was.  Of course she was used to Ken and left him to his surveying chats whilst she'd hopped off down the pub already.

I loved sharing geo artefacts with Ken.  I'd say "hey look what I found" and I'll show him a photo, website or article and his face would light up. "Oh, isn't that lovely?" he'd chuckle.

We didn't spend our lives in each other's pockets.  There would be months when we had no contact.  Sometimes we'd meet for lunch in Taunton if he had work that took him near my office.  Sometimes he'd send me an email as Norma was hassling him saying "when did you last catch up with Ruth?"

I'll leave you with the last email Ken ever sent me after our fantastic geo trip in Africa last month (here).

We are both Very well, although I'm finding it difficult to fully immerse in work after the rush of the post-IGC travelling and fun.  If ever a salutary lesson was needed about playing as much as possible (rather than committing too much to work) - our next door neighbour got ill while we were away, and died this morning!  He was 53!!

On which happy note, Goodnight.
Posted by Ruth at 11:22

I'm sorry for your loss, Ruth.