Whilst in Northern Ireland last week my family and I were taken up to Gotmore, a wonderful viewpoint overlooking Loch Foyle and the area of Binevenagh.

As usual I spotted what looked like a trig and wandered off to find it.  Sadly, it was only an AA direction finder but on the way down I found this enticing sign. 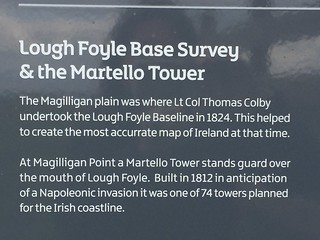 I bounced back to the family.  "Hey, there's a baseline down there," I wittered pointing at the Magilligan plain in front of us. 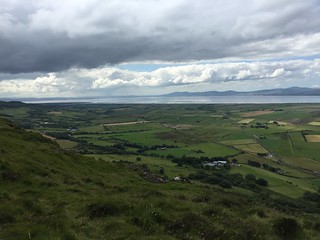 I got the OSNI map out and the penny dropped.  I had seen these trigs when I was reading the map the night before and had wondered why they'd put them on the plain. 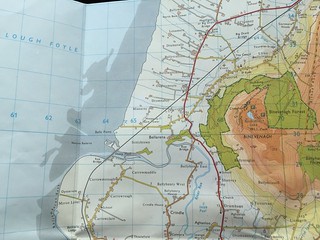 In fact, now I paid more attention to the labelling of the trig triangles,  I realised I was looking at the North Base Tower (at the very top of the image) and the Minearny Base (centre of image).

I had to go and find them.  Roger, my husband, was game (he's put up with this sort of thing for years) but the girls were less supportive, rolled their eyes and hopped into their uncle's car for a lift home whilst Rog and I hunted.

I had no idea what we were looking for.  OK, a trig shaped object would have been my first choice but I didn't expect to find something with a fence around.  This is the North Tower. 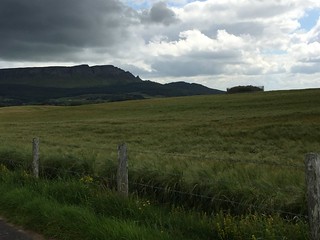 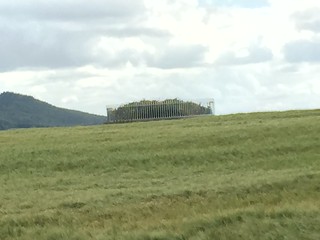 We were unable to get close due to crops in the field, so headed to what I thought was the other end of the baseline, Minearny. 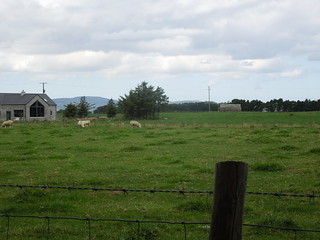 Again, this was on private land so we could only view from a distance. 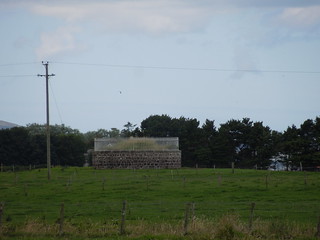 Once home I read up on the baseline.  It was, at nearly 8 miles, the longest in its day.  If you read the Trig Ireland webpage you'll see that it wasn't truly necessary, as the Ordnance Survey of Ireland could have just extended the network from the OS GB stations across the water.  However, Lt Col Colby being a thorough surveyor (there are lots of us around) opted for the belt and braces approach.  It took two years to measure the baseline.

When it was resurveyed in 1960 it was found to be out by about an inch.   I make that an accuracy of 2ppm (parts per million) which shows the expertise of the survey team.  Amazing.

If I had any brains about me I would have realised that I'd been to see the North and Minearny Towers.  It didn't occur to me until I saw the diagram on the webpage that there would be a South tower.  Golly. I really am thick at times.  Here it is in Ballykelly. 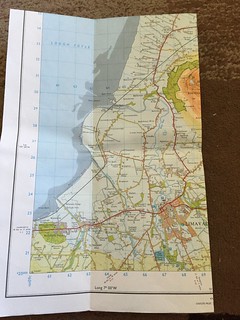 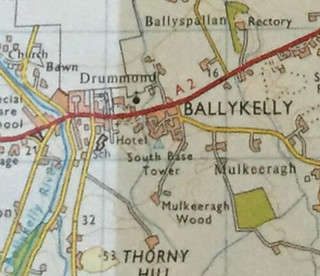 And even more annoyingly, the pictures on the web indicate it's a piece of cake to visit. OK, so I'd only be able to see the top of the concrete covering the cross hairs defining the actual point, but it would have been fun.  One to see when I'm back there and zero points for common sense from this Chartered Surveyor for not considering the North would have a South.