Late July/beginning of August saw me back in Windhoek, Namibia, for business.  There was a group of up to 5 of us at any one stage both from our team and the Ordnance Survey.  Some really great people and I particularly enjoyed working with the chief geodesist of the OS - geeky geoid chat late into the night ;-)

My Mac broke just before I left so I had to leave it with Apple and flew out with just my iPad (very slow and very inconvenient).  However Apple fixed it within 24 hours so my daughter hopped on the train up to Andover to hand it to John (below) who was flying out from the UK a few days after me.  What a relief to be reunited with it. 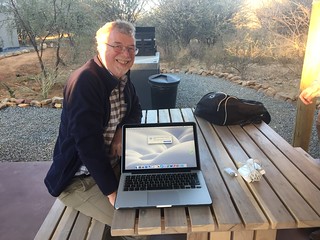 Most of the week we were in and out of the Ministry of Land Reform. 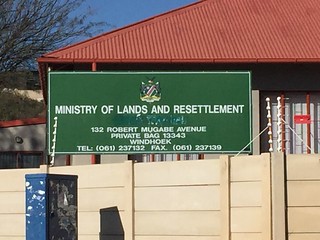 Lots of meetings.  Lots of information to pick up.  This is us meeting the Surveyor General of Namibia. 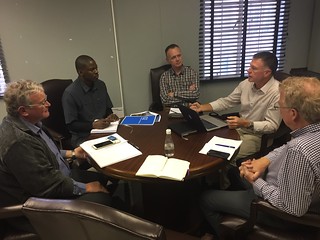 The Department of Survey and Mapping has a small and eclectic showcase of old survey instruments.  Every national mapping agency seems to have one. 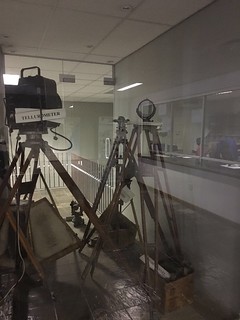 I was equally interested by this number plate in the car park. 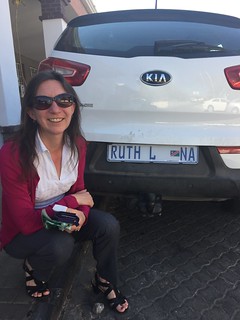 Although most of the time we were working, and talking cadastre, parcels, erves, GNSS etc, we did get some time to explore Windhoek.  This is the oldest church in the capital I believe - Christ Church, German Lutheran. 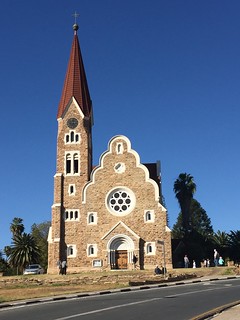 But certainly super young compared with the Gibeon Meteorites which were displayed in the city centre. 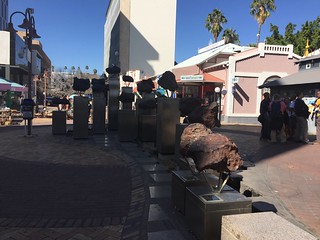 Walking to/from the centre we spotted some local creativity on house signs. 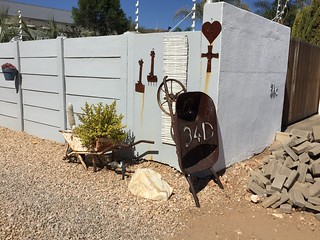 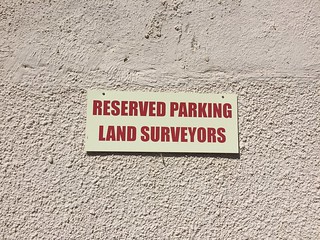 Being south of the equator, and within the tropics, it was interesting to see a different night sky.  This is a terrible photo but shows the moon lying on its back.  So instead of waxing and waning as the 'British' moon does, from a C to a D shape, in Namibia it seems to be more of a U to a N. Ah, the wonderful world of a spheroidal earth spinning on a tilted axis. 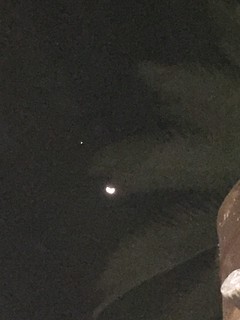 Hi Ruth,
How would I be able to connect with you? Would like to share with you some of the articles that you may find really interesting.
Thanks
Samer

Thanks Samer. I'm on LinkedIn - message me via that? Many thanks.