Durban - I Do Like To Be Beside The Seaside

On Friday 10 March, yes just over 12 hours after returning from the road trip, we were off again.  No rest and all that.  Anyway, this time we flew so it was an easier trip - Gautrain to the airport, flight down to Durban and then a hire car.

We headed to Pietermaritzburg to meet clients getting stuck along the way due to motorway accidents.  Witnessed a police car stopping in the middle carriageway (we were only doing 10 kph) to berate a taxi driver who was driving like an idiot (he was actually in between lanes 2 and 3 whilst the policeman ranted at him if that gives you an indication of the taxi driver's road sense).  You never quite know what's going to happen on the roads in Africa.  Although people complain of poor driving in the UK at least most people follow the rules.  Mind you I think that makes us complacent drivers.  In Africa you can never be sure when a pedestrian walking on the hard shoulder is going to cross, or when a taxi will suddenly scoot across a few lanes/stop, or when something is going to fall off the lorry in front.  Undertaking is common place so, in fact, everyone appears to be far more alert as you never quite know what's coming next...

Anyway, back to Durban and a wonderful avenue of trees. 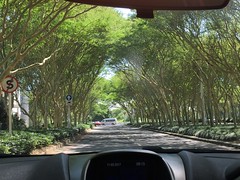 And a whalebone jetty on the recently developed waterfront at Umhlanga (the 'posh' bit of Durban where all the A list come and stay). 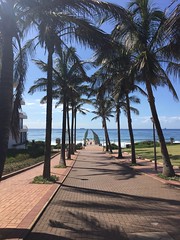 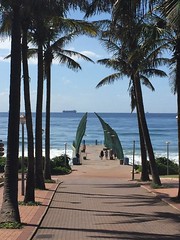 A cycad near Beverly Hills hotel (see above). 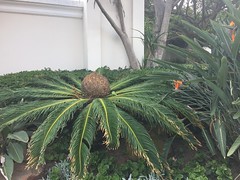 On the Sunday we met another old client of Martin's on Durban's seafront.  It was teaming. 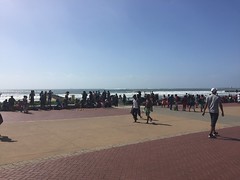 The wind picked up and the waves increased - just what I like.

We went back to Umhlanga and saw the lighthouse (nearly as lovable as a trig pillar). 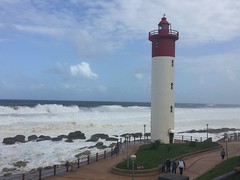 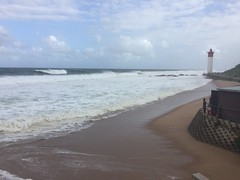 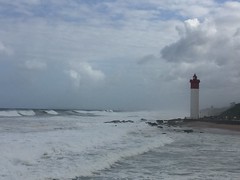 And the big seas forming. 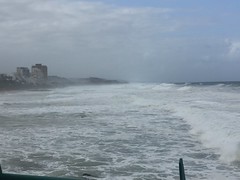 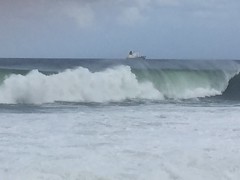 Wind in my hair.  Salt in my nostrils.  An ocean in my horizon.  This is what I love. 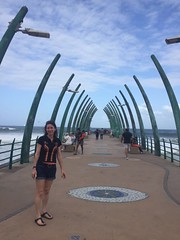