We stayed at Seeheim overnight on Tues 07 March at the Seeheim Hotel (the only one in the village).  Martin had stayed here before and last time he'd leapt into the pool to cool down only to be yelled at by the owners to get out of their drinking water!

It's an interesting hamlet steeped in history due to its location at the junction of key railway routes and the Fish River.

From its development in the late 19th Century by Germans it grew due to trade (helped by a diamond rush) and in the 1940s it was a town with railway station, churches, shops, a school and 3 hotels.  However it declined in the late 50s and now there is just a railway (non-commercial line), a hotel and no shops.  The nearby Keetnamshoop is the main centre for this region.

View from my room. 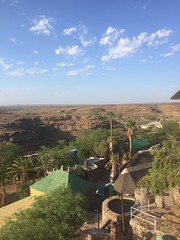 The hotel was wonderful and included a parrot which swore. 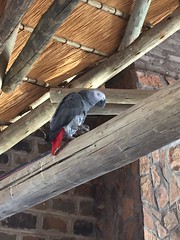 And turkeys whose feeder was on the veranda's wall.  They had to jump up to feed which was a surprise during breakfast. 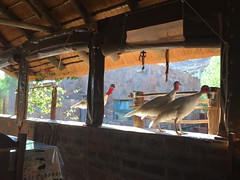 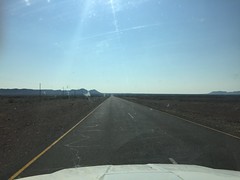 I was very grateful we'd covered 450 km the previous day as today we had just a similar distance plus border crossing. 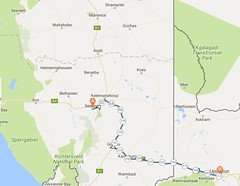 This way to South Africa. 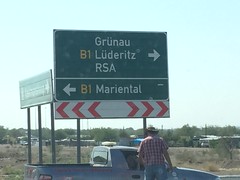 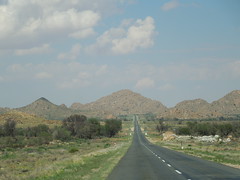 We arrived in Upington during daylight.  Martin went to the gym and I did some work.  But it seemed foolish not to do this whilst sitting in the pool. 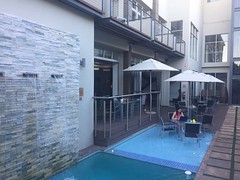 And so another day sets and more travelling looms ahead.  But that's for tomorrow. 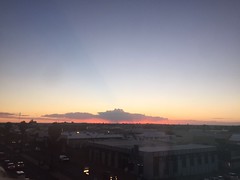